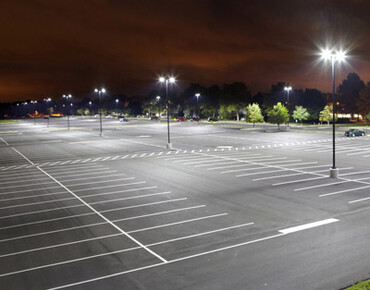 Map of light-climatic zoning of the territory of Ukraine 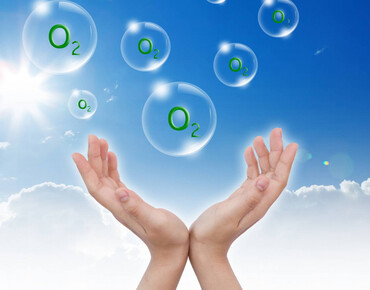 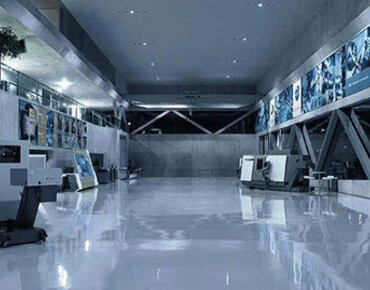 Security and emergency lighting
All articles

In the transport zone of tunnels longer than 125 m, evacuation lighting of high-risk zones shall be provided, designed to provide the necessary visibility conditions for the exit of transport from the tunnel during the emergency shutdown of the working lighting. 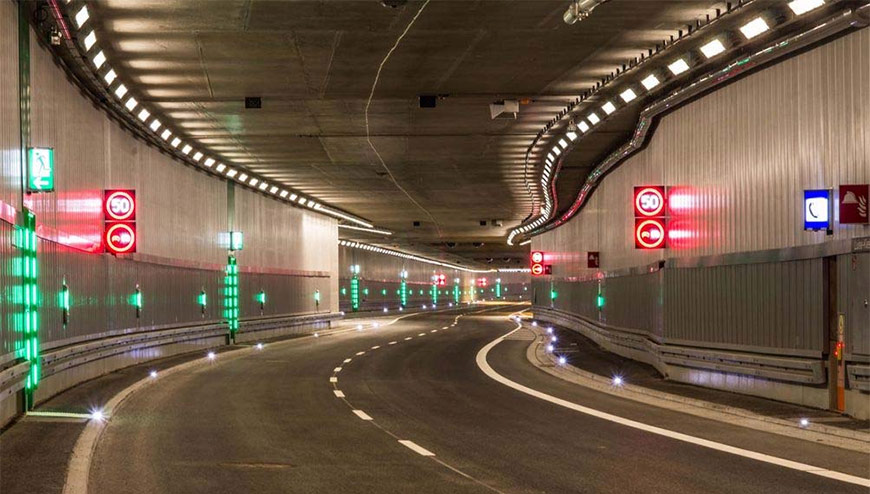 Lighting is provided by powering part of the luminaires (or one of the lamps of multi-lamp luminaires) of working lighting from an independent source and must create an average illumination on the road surface of the transport zone not less than 10 lux, and illumination at any point - not less than 2 lux.

Lighting should provide 100% normalized illumination in 0.5 s after power failure of working lighting.

For tunnels with a length of 300 m and more than in addition to the illumination of high-risk areas, lighting of evacuation routes of the transport zone shall be provided for evacuation of people from the tunnel in an emergency by creating the necessary conditions for visibility of escape routes with special lights and evacuation lights.

Illuminated signs (safety signs) indicating the direction of escape routes should be installed on the walls of the tunnel from the escape exits at a height of 0.5 m above the level of the evacuation sidewalk at a distance of not more than 25 m from each other.

Evacuation direction indicators can be static or dynamic.

Static indicators must be switched on at all times and indicate the direction to the nearest evacuation exit. Such signs may have additional light information on the distance to the entrance and exit portals of the tunnel.

It is recommended to install dynamic indicators of the direction of evacuation routes when the length of the closed part of the tunnel is more than 1000 m.

Exit lights are installed above the doors of the escape exits at a height of 2.1-2.2 m above floor level. EXIT indicators must be on at all times. 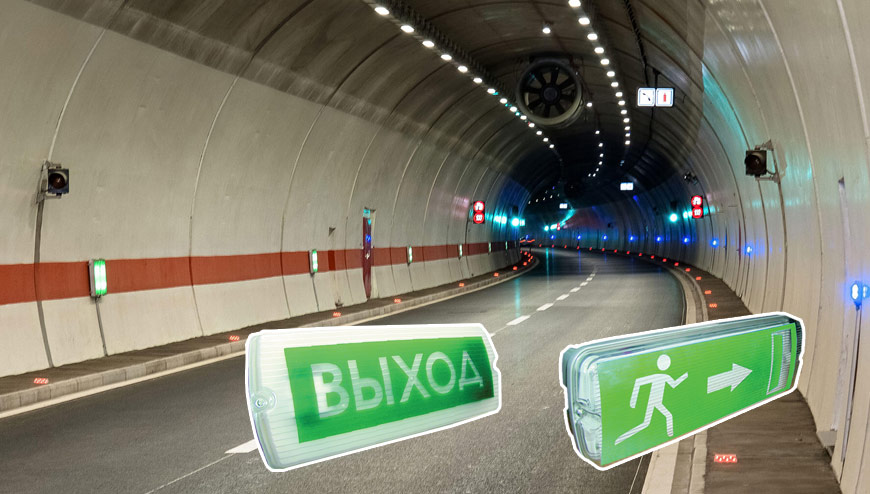 Evacuation lamps and light indicators in the transport zone of the tunnel are normally supplied from a source independent of the working lighting network, and in emergency mode - from a third independent source, for which an automatic switch to battery or other designated power supply must be provided. for this purpose sources.

The duration of the emergency lighting in emergency mode should be sufficient to evacuate people from the tunnel, but not less than 1 hour.
Evacuation lamps and light indicators in the transport area of ​​the tunnel must have a degree of protection against environmental influences not less than IP 66 and protection class against electric shock I or II.

Emergency lighting, which includes evacuation route lighting and backup lighting, shall be provided in the shelters.
Backup lighting is designed to continue working as well as working lighting. Backup lighting should be installed in technical rooms with equipment that ensures the functioning of the tunnel, such as the central control post, electrical switchboards, ventilation, pumping, etc.